So how did Downley, a small village in the Chilterns on the edge of High Wycombe both adjoining and in part overlooking an Area of Outstanding Natural Beauty, produce today's junior football club?

Well, one day ancient man kicked out at a small bundle of straw in a clearing... filled a pigs bladder with hay... invented the modern football... well skipping forward a bit.

The club’s history | 1994
The Downley Dynamos Junior Football Club was established in 1994 by Andrew Ottaway. Andrew wanted to teach his sons how to play and enjoy the sport from a young age. His love of football, obvious coaching experience, refereeing and knowledge of the game as a player helped Andrew develop the skills of his young team. He believed that football should be a sport for all and everyone was welcomed at training.

The Heights School in Downley agreed to help and soon players were enjoying friendly games against other teams from more established football clubs. At the same time the Football Association (The FA) was reviewing how to best coach young players at this same grass roots level. This then lead to the introduction of the Mini Soccer Incentives. An ethos welcomed by the newly formed team now playing at the Heights School.

Due to an increase in player numbers training moved to the West Wycombe Senior School which is now the site of the current Downley School. Popularity also required further support from other parents. Another senior player Greg Butler joined Andrew and as older players the team then moved from the Heights to Downley Middle School.

Numbers Grow | 1997
Numbers continued to grow but Andrew wanted to remain as the main coach for the younger years. In 1997 an older team of Under 9 players was created. A number of parents planned the future for the club at the local public house, the Le De Spencers Arms. Then it came to naming what was now becoming a newly formed junior football club.

After heavy debate the name Dynamo Downley was finally agreed upon, then altered following a few days of further negotiations to the current club name the Downley Dynamos. The Downley Dynamos formally registered with the FA entering the under 9s in the Mini Soccer League for the very first time. The Le De Spencers Arms was also unofficially considered to be the club’s committee meeting venue.

After a while and due to the club’s popularity the senior teams started training at the Desborough Recreation Ground. At the turn of the Millennium (2000) the club now offered football for age groups U7, U8,U9,U10,U11 and U12. The club’s reputation was growing and players from outside the Downley area were now welcomed.

The Downley Dynamos Today | 2009 onwards
The Dynamos welcomed and continues to welcome players of all standards. The club is very proud of winning so many fair play awards and of having teams across all divisions. The Dynamos are also keen to continue its multi-gender, multi-cultural ethos. This means boys and girls from all nationalities and religions are welcome to join in the fun. This approach is also one of the reasons we are considered such a friendly and successful club.

Today the Downley Dynamos Junior Football Club is as popular as ever. We have teams in all age groups coached by a wealth of experienced and enthusiastic parents. So popular is the club that we even have parents returning to train younger age groups once their own children have moved on into adulthood.

Our Appreciation | Thanks to..
There are too many people to thank. So many individuals have put in awful lot of work, showing pride and passion as they initially created and then ran the Downley Dynamos. We have to thank the mums and hard working wives who have done so much, especially during the early years. The coaches who still plot, plan and pinch the best ideas for training and give up their Saturday and Sunday mornings. Plus the committee who work behind the scenes to ensure the myriad tasks are kept under control.

More recently the club has also attracted financial support from local Sponsors who provide valuable funds for the club. Without their help the players, coaches and committee would definitely find it more difficult to maintain such a high profile.

Most importantly of all we should say a special thank you to the youngsters themselves. We have a great bunch of players within the club. Some brilliant and highly skilful footballers, others just finding their feet in football. Regardless of their ability, all of them turn out each week and we continue to try to make sure they have interesting and rewarding training sessions every time they do.

Club Kit and Colours
Choosing club colours took a long evening in the Le De Spencers Arms with a dozen committee members pouring over catalogues and holding discussions over what was easiest to keep clean and did not show mud and grass stains and still looked good after 100 washes! In the end the Downley School blue was chosen, a supplier found and three of the original committee members proudly went over to Aylesbury to order the kit. Unfortunately the shop told us that our choice was out of stock! 30 seconds later green and white hoops with white shorts were chosen and ordered. The mums (kit washers) were furious but eventually agreed that Dynamos looked good and the more difficult task of kit washing was a small price to pay.

Soon after a Scottish family moved to the area, their son joined Dynamos and tragedy! At the first match as the first-born son was given his football shirt for the first time at the match. What should have been the swelling pride of the dad was turned into an emotional impasse as the lifelong Glasgow Rangers supporter's first son donned Celtic colours!

Early Sponsors
Another time one of the club sponsors had their name emblazoned across the training tops. We slowly realised why the 12 year old boys preferred not to wear them and would warm up before the matches (in quite cold weather) with just their football shirts. But our thanks still go out to 'Sweet Violets'.

Dynamos Dads
Dynamo dads were formed from the motley crew of parents and a couple of 'friends of Dynamos'. A fancy dress match sponsored match by Pat of the le de Spencer then followed. An event narrowly won by the Dynamo Dads, thanks to help from Peter Pan and the rear end of a horse. The Dynamo Dads won the village tug of war for two years in succession.

Football in the early days
We thought we understood junior football in our friendly, home counties sort of way until we went to our first ever football weekend at Pontins, Camber Sands, in Kent . We met some of the London teams and even at under 10 realised the passion and strength of feeling that some parents had. Refereeing a Millwall match helped us to realise why it has 'a bit of a reputation'.

In the early days enthusiasm for all things football meant even arranging a fun weekends in the Forest of Dean with parents ad players enjoying a fun weekend. The kids got on really well playing non-stop football in the campsite using jumpers for goalposts. The adults got on even better long walks to the pub at Symonds Yat, drinking into the evening and forgetting how far inebriated voices travelled until at one in the morning a voice boomed out from the other side of the site "for god's sake SHUT UP"! Seconds later it was lights out, quick trip to the shower block and a sound night sleep. 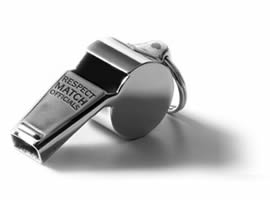 Here at Downley Dynamos we promote a ‘football for all’ ethos. We pride ourselves on providing a safe and fun environment for children of all footballing abilities to enjoy the ‘beautiful game’......... read more 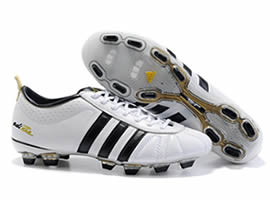 Check out this section if you want to know who’s who at Downley Dynamos, from the Chairman and committee members to the age group managers and the club welfare officers........ read more 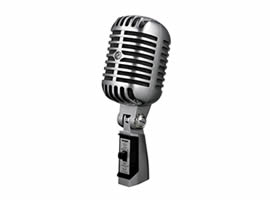 Look no further for all the latest happenings at Downley Dynamos. You will find minutes from previous committee meetings, dates for future meetings, cup progress reports, event details and much more…. read more 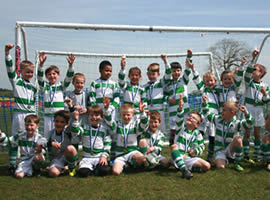 Here you will find a collection of recent snaps across all of our age groups, which will hopefully give you a taste of what our great club is all about. We hope they put a smile on your face…..... read more